Fun fact: The town of Carlsbad, which lends its name to the caverns and a national park, is named after a Czech town 'Karlovy Vary', 'Carlsbad' in German, both of which mean "Charles's Baths".
The park contains 19 caves; only three are open to the public. The most impressive chamber at the Carlsbad Caverns is the Big Room, which is 4,000 feet (1,220m) long, 625 feet (191m) wide, and 255 feet (78m) high. The Big Room is the largest cavern chamber in North America.
Lechuguilla Cave is well known for it's delicate speleothems and pristine underground environment. To protect the fragile environment, access is limited to scientific expeditions only. Recently an antibiotic-resistant bacteria have been discovered in this isolated cave.Carlsbad Caverns is also a sanctuary for Brazilian free-tailed bats. It is unfortunate that bats stay here only from early spring through late October. They fly to Mexico and further south for the winter. So we'll have to return to see the "Night Flight Show" some other time.
(click here to see the album) 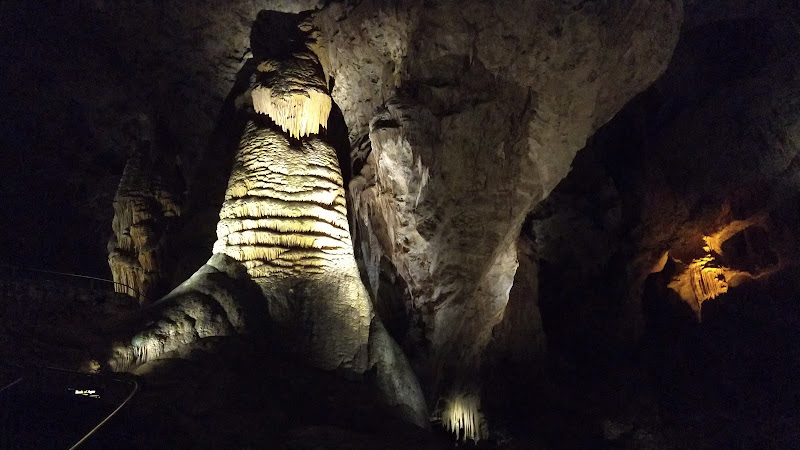